The wines flowing from Mt. Etna in Sicily with Cantine Valenti

An exciting wine region in Italy is the largest island, Sicily. There is something special about some of the wines produced from this part of Italy, especially those located in and around Mt. Etna. Today I'm sharing with you a 2011 Etna red wine from Cantine Valenti called Norma. 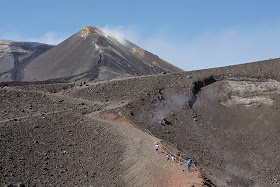 I recently tasted this wine at one of my local wine shops, Pairings Wine and Food, where Nick Mucci from Mucci Imports shared this and many other unique wines I'll be sharing with you in upcoming articles, mostly from the Emilia Romagna region.


About Cantine Valenti
Cantine Valenti began operations in 2004 by Giovanni Valenti and his son Alessandro. It's incredible that amongst the remnants of the lava flows are vineyards, amongst other elements including flora and fruit. The Valenti vineyards are produced on this volcanic soil at about 2300 feet/700 meters high towards the top of the volcano. Most of the Valenti vines here consist of 40-50 year old vines with a recent acquisition by the Valenti family of 100 year vines where they plan to produce some riserva wines. For those of you that are conscious of wineries that are producing wines organically, well Cantine Valenti is one of them. In addition, the wines, produced in low yields, are harvested by hand due to the steep slopes and difficulty in harvesting.


2011 Cantina Valenti Norma
“Norma” comes from the Etna DOC which is located in the hills around Catania where the Valenti comes from as well as the area around Mt. Etna itself. Due to the unique soils full of sand, many of the vines here are ungrafted and survived the phylloxera disease. In this area the grape nerello comes in two forms that are both used in Norma, nerello cappuccio and nerello mascalese. 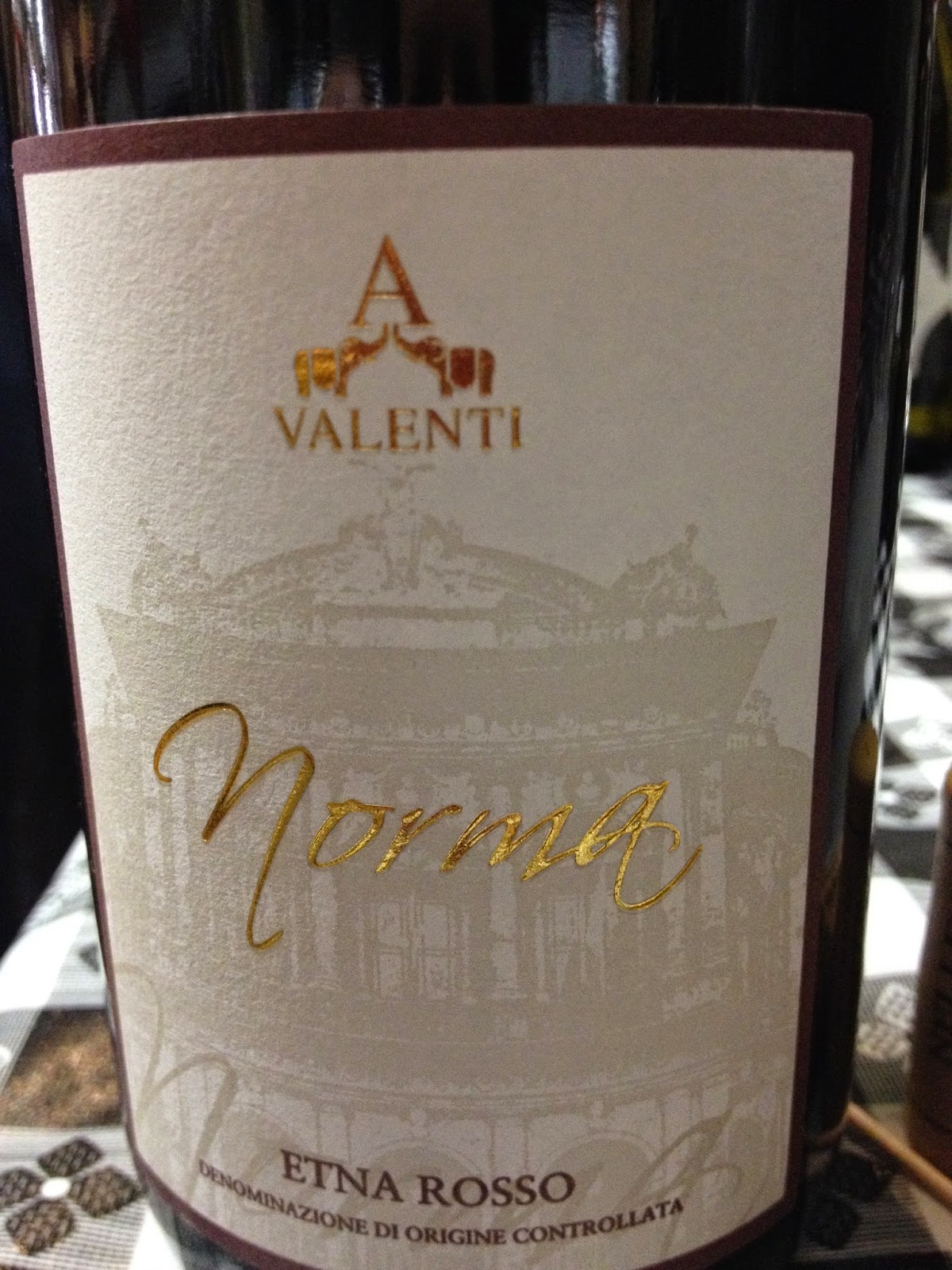 The primary grape in the 2011 Norma from Cantine Valenti is nerello mascalese with about 2% nerello cappuccio. This wine was aged about 7 months in oak with a few more months in the bottle. It's a dry, medium bodied wine with floral aromas and ripe red fruits on the palate with minerality and firm tannins.

It's not every day that you get to sample wines produced off of volcanic soil never mind an active volcano that is the tallest in Europe. So let that vino flow like lava!