The sangiovese of Romagna vs. Tuscany

The region of Emilia Romagna in northern Italy is known for lambrusco, but if you're a lover of sangiovese, then this region needs to be on top of your list as well. A large amount of the vitis vinifera wines hail from the southern part of the region, known as Romagna. This area is more coastal and provides a hillier landscape for grape growing.
Sangiovese di Romagna
There are a couple DOC's from Romagna that are primarily based on the sangiovese grape, Sangiovese di Romagna and Sangiovese di Romagna Superiore. Here, sangiovese rules! The wines are made of at least 85% sangiovese with an additional 15% other grape varieties. It's believed that the name sangiovese originated from Monte Giove, a hill near Sant'Angelo di Romagna. The wines tasted of this area were named Sangue del Giove, “Blood of Giove”, and later what we know today as sangiovese.
How does sangiovese di romagna differ from those of Tuscany?
The sangiovese produced in Tuscany tends to be more rustic, but it's hard to just generalize when it varies based on the producer. The acidity in the sangiovese of Romagna is lower than those of Tuscany, but with higher alcohol and tannins that are sweeter. The sangiovese of Romagna still has juicy, cherry flavors along with herbal qualities. According to the Consorzio Vini di Romagna, sangiovese compares to the people of Romagna “frank and rough while also gentle and open”. Can any locals attest to this?

If you aren't much of a fan of high acid wines and very drying tannins you may want to try a sangiovese di romagna and compare it to Tuscany to find out for yourself. You may find a new favorite! Let me know what you discover.

In a couple weeks I'll be hosting our Italian bloggers group to discuss the food, wine and travel to the region of Lombardy, aka Lombardia, in Italy. Due to the redesign of my site and taking a look at what I've focused on in this region, I've noticed that most of it has been on the whites of the region.  There are many reds though as well, in particular from the Valtellina - the northern part of Lombardy, that need to be talked about. I'll be chatting more about chiavennasca in a couple weeks, but today we're discussing sforzato di valtellina, one of the 5 DOCG's of the Lombardia region.
Passito wines
There are many wines produced throughout Italy that are passito wines, produced with dried grapes, that goes through the appassimento process, which is the actual process of drying out grapes before fermentation. Probably one of the most popular passito wines is Amarone della Valpolicella, but there is also moscato di scanzo from Lombardy, Fior d'Arancio from the Veneto, Colli Orientatli del Picolit from Friuli, Schiacchetra from Liguria and the list goes on. Why do wineries dry out grapes? It concentrates the sugars in the grapes and produces wines that are rich, and dense with high alcohol and lots of complexities.

What does sforzato mean?
It translates to force, which is what the winemakers are doing by allowing the grapes to continue to mature on the vine past harvest prior to picking so the sugars are at higher level that results in wines higher in alcohol. Sforzato will typically produce wines at about 14% alcohol.


What does sforzato di valtellina taste like?
They are full-bodied as you can imagine with a profile of dried fruits, spices, plums, raisins and characteristics that will continue to evolve in the glass and your mouth. Don't you love wines of these complexities?
Have you had sforzato or experienced any passito wines?

Earlier this month I covered Puglia and the primitivo grape along with a Puglian wine and food pairing. Today I'm sharing with you another native puglian grape, negroamaro, from the known Conti Zecca winery.


The Conti Zecca winery is based in Leverano in the Salento province. The family has been based there for over 500 years. Winemaking began on the facilities in 1935 when Count Alcibade Zecca began his endeavors in the wine industry. Four brands and vineyards fall under the ownership of Conti Zecca including: Donna Marzia, Saraceno, Catalupi and Santo Stefano. Conti Zecca's goal is “to be true guardians and correctly portray the spirit of the place, a mysterious web of nature, history and culture of the terroir, that adds an intimate uniqueness to each wine from the company”, per the Zecca's website. This passion and dedication of their winemaking that draws out the characteristics of the land is what I love about these stories of Italian winemakers. 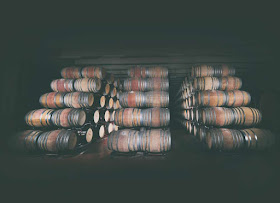 The wine I'm sharing today comes from the Donna Marzia vineyard named in honor of the countess whom committed suicide at the well on the property. Not the happiest of stories for sure. Her reason for doing so was because of her family forbidding her to see a man she fell in love with since he was as peasant farmer and she was of noble decent.


The Donna Marzia vineyard works with only native grapes of Puglia including negroamaro, primitivo and malvasia bianca. Today I share with you a great value. It's the negroamaro from the Donna Marzia wine estate of the Conti Zecca family. 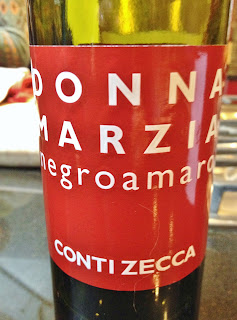 
Ruby in color with hints of garnet and lighter around the rim. The nose is of dark berries, cherries and currants. It's a dry, medium-bodied wine, with a lot of warmth. Lower in tannin with lots of dark cherry. Aged for 1 years in oak barrels and refined in cement tanks.


Have you tried the wines of Puglia and do you have favorite native grapes of the region?

If you're traveling to this region or any within Italy make sure you have your wine tasting notebook.


All photos courtesy of Conti Zecca.
vinotravels21 at 1:00 PM No comments:
Share

For the love of Italian wines: 3 year blogiversary!

This month Vino Travels is celebrating 3 years of Italian wine blogging. I can't believe this much time has gone by and it's been quite the journey. I started this Italian wine blog back in April of 2013 with the intention to force myself to become immersed in the world of wine. Shortly after I focused more on Italian wine and wanted to become more of an expert in a particular area and what better place to start than Italy since I had lived and traveled all over and knew it best as well as the language. 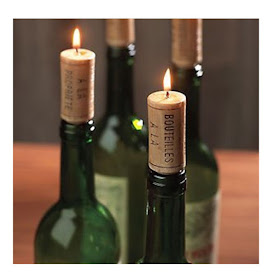 Achievements
I've accomplished so much since then and wanted to provide an overview and insight into some of these accomplishments:

The future of Vino Travels
For the future of Vino Travels I'll be updating my website slightly (I've already begun) to make it easier for my readers to find wines specific to all twenty wine regions of Italy and even further by reds and whites of those regions. As many know from my big announcement article, I'll be welcoming our first child in June (future Italian wine lover), but this will not affect my commitment to what I bring to you weekly. I've always wanted to introduce video wine blogs to Vino Travels and whether that is this year or in the future, it's something I'm looking into exploring to provide a more personal experience with you. 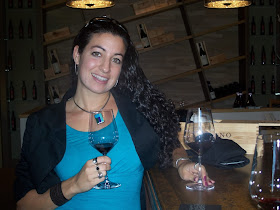 Grazie mille!
I can't thank my readers enough for your support over the years, but if I can ask one thing of you is to please interact with me and leave comments when you read my articles.  It let's me know you're out there reading and I love hearing from my readers.  You're the reason why I write this wine blog. If you'd love to see something different or hear about specific topics more or maybe have some questions please shoot me an email at vinotravels at hotmail.com. No question is a dumb question and my whole purpose is to educate folks on Italian wines so please reach out. Thanks, grazie mille, and hope to hear from you soon and please tell your friends about Vino Travels!

Welcome to our Italian Food, Wine and Travel (#ItalianFWT) group where once a month we feature a different region of Italy where our bloggers highlight any of the food, wine or travel within the region. This month we feature the region of Puglia in southern Italy. Earlier this week I provided some highlights of Puglia and today I'm going to share a Puglian dish and a suggested wine pairing to compliment it. As many of you know I'm expecting my first child in June so I don't have a particular wine to share with you, but I have enough knowledge to know what are potential wines to seek out for this pairing.

Cuisine of Puglia
Vegetables are in abundance when we talk about the cuisine of Puglia with meats being secondary. I chose to make Penne Con I Broccoli, penne pasta with broccoli.  Of course for a needed protein benefit to my diet I added some chicken. Of course having an Italian mother that is an amazing cook no one's food compares to hers and I can only be so lucky. This recipe she passed down to me and was one of the recommended dishes in my authentic Italian cookbook that I use frequently that showcases the culinary courses of each region.


Puglian Wine Pairing
Puglia is known for producing some of the best rose' wines within Italy and I always feel that rose' is not always a top option that consumers think of when looking to purchase a wine. So my wine suggestion today to pair with the penne con I broccoli is a Salice Salento rose', aka rosato, from the province of Salento and primarily the town of Brindisi and Lecce.

Salento is a low lying peninsula jutting between the Adriatic and Ionian Seas and makes up the heel of boot when we're talking about the overall layout of Italy. Salice Salento roses are made up of mostly the negroamaro grape and black malvasia. The rose' of Salice Salento will typically have fresh, fruity characteristics with some body from the short period of maceration from these red grapes.
Some of our favorite dishes hail from regions of Italy we may have never known about including this dish. Try some wines from Puglia and let me know what you enjoy on your Italian food & wine journey.

The fun doesn't stop here!  Lots more from my fellow bloggers.  Don't forget to join our live Twitter chat Saturday April 2nd @ 11am EST at #ItalianFWT.  Next month on Saturday May 7th we celebrate Lombardy.