I was approached by wine and food blogger friend Camilla, from the Culinary Adventures with Camilla, about sampling some fresh produce from Melissa's World Variety Produce based out of Los Angeles, CA. Not having much time lately to really put thought or time into meal preparations with my little one it was the perfect excuse and opportunity to have some fun.


I actually wasn't familiar with Melissa's Produce and come to find out from their site they're the largest distributor of special produce in the US. I received an abundance of goodies in my shipment including:

I decided to prepare chicken breasts in a shallot and grape sauce alongside some roasted potatoes and parsnips. Rather simple to prepare I dusted the chicken breasts in some flour and sauteed them in the pan with some added salt and pepper. Once golden brown I removed them from the pan and sauteed the shallots and cut grapes in oil with some added teaspoons of flour to thicken the sauce. I combined them in the pan in the end for a few more minutes to cook together. 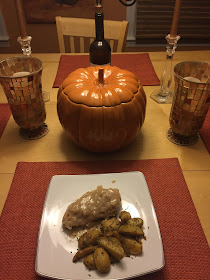 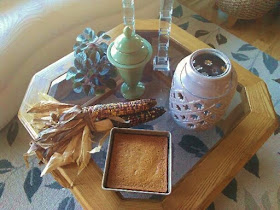 Along with the food preparation comes the wine and if you recall from my earlier articles, October was Merlot month, but this week on November 7th was also Merlot day. I wasn't able to scoop up a merlot from Italy, but if I was to I'd seek out those of northeastern Italy in the cooler climate regions like Fruili. Typically in Italy you'll find merlot used in blended wines, but in Friuli you will see it more often as a single varietal. If you're used to the merlot of Califiornia you'll be surprised by those of northern Italy as they are lighter in body with herbal qualities than the fruit forward wines of California.


For my wine and food pairing I had handy a 2014 Trig Point Diamond Dust Vineyard Merlot that I received late in honor of October's Merlot month (#merlotme) so I figured it was the perfect opportunity to share this wine with you in celebration of Merlot Day this week. 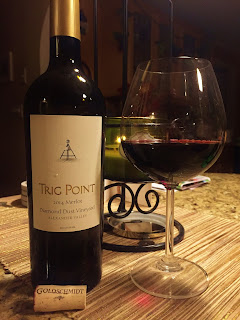 The Trig Point Winery was established in 1998 by Nick and Yolyn Goldschmidt. Their goal was to produce single vineyard, artisan wines in low productions. They are located in the Alexander Valley of Sonoma. This 100% merlot was a full bodied, smooth, fruit forward wine consisting of ripe raspberries and black fruits, supple tannins while lingering on the finish. This wine is aged 12 months in barrel. 14.5% ABV, SRP $18.


Are you a fan of merlot or have you had those of Italy vs. California?